Lots of great things are happening in the Chicago cocktail world, but I often forget to write about them. Every night, fantastic drinks are being made all across this city, and it's wonderful to be part of this growing, thriving culture. This month, three of our most accomplished mixologists brought home some more awards and honors: 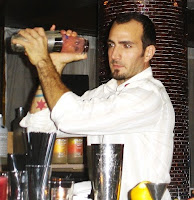 Charles Joly - James Beard Award Nomination
In addition to winning a variety of cocktail competitions over the past months, Charles has just been named a nominee for Outstanding Wine and Spirits Professional by the James Beard Foundation. Congratulations to Charles on this great honor, and thanks for continuing to help build the profile of Chicago's mixology scene! You can find Charles behind the stick at the Drawing Room. (photo from The Boozehound)

Bridget Albert - Good Eating Award
Loved by everyone in the industry, Bridget Albert is truly the inspiration behind much of what has happened in Chicago in the last five years, not to mention throughout the country. She is an expert on spirits, cocktails and bar operations, and continues to mentor and guide most of the best bartenders in Chicago. Last week, when the Chicago Tribune announced their 2011 Good Eating Award winners, Bridget was among them. Congratulations to Bridget, and thanks! (photo from Chicago Tribune)

Debbi Peek - National Mixing Star for Disaronno
Late last year and early this year, the folks at Disaronno solicited recipes from bartenders across the US, and invited many of them to seminars and in-person competitions. Besting some great competitors here in Chicago, Debbi's cocktail advanced to the national round. And she won! Debbi's Italian 57 sounds delicious, and this certainly isn't the first time she has won a competition. Way to go Debbi! You can find Debbi behind the stick at The Bristol. (photo from Imbibe Magazine)
Posted by ~Sonja~ at 2:40 PM No comments:

One of the most frequently searched topics on this blog is "ginger beer." A couple of years ago, I wrote a review of our comprehensive tasting of ginger beers. You can find those posts here: 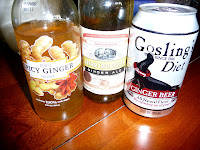 Since then, I've continued using ginger beers in a variety of cocktails, and have tried a few more varieties. Here are some additions to the list, with comments:
If you see the Goose Island Spicy Ginger Soda, we'd recommend giving it a try. Same for the Fever Tree Ginger Beer and Maine Root. Apparently Bundaberg makes a diet version also, but I've never seen it. Have you?

Here's a fun cocktail we served at a recent event, adapted from this cocktail over at Cocktail Slut:

Our friend Cleetus Friedman at City Provisions paired this cocktail with a chocolate almond waffle with honey whipped cream and candied ginger. Yum!

Picture of drink is by Christina Noel Photography.
Posted by ~Sonja~ at 11:05 AM No comments: 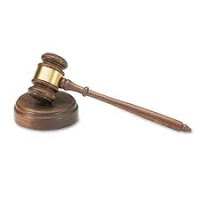 Back in 2009, I wrote a post about the quickly proposed and passed increase to the liquor tax rates in Illinois, which was rather dramatic. In my second post, on August 25th, I wrote that Wirtz Beverage had challenged the constitutionality of the law.

Recently, the Illinois Appellate Court actually agreed with Wirtz and ruled the "Illinois Jobs Now!" act was unconstitutional. The Illinois Constitution requires that any new legislation address a single subject, and the court found that a bill covering as wide an array of topics as was included in this law did not satisfy the requirement. (Full text of opinion here - loads as a .pdf)

If the opinion stands, Wirtz stands to receive a significant tax refund. Of course, the State of Illinois is appealing, and the Supreme Court has granted a stay, pending the appeal. Which means the liquor tax, as well as the other taxes included in the package, are still being collected for now.

The tax is/was assessed on the wholesaler, who in turn collected it from the retailer (who passed it on to the consumer, in most cases). If they get a big fat refund, do you suppose Wirtz Beverage will pass that back to the retailers?
Posted by ~Sonja~ at 1:00 PM 4 comments:

Earlier this week, in one of the industry update emails I receive, I noticed the following headline: " Wine drinkers trust merchants over bloggers." I scanned the article, thought to myself "huh" and kept going. Yet, for some reason, during the "Blizzard of 2011" here in Chicago, I kept coming back to this article in my head. So today, I actually pulled the article, as well as the press release on which it was based. 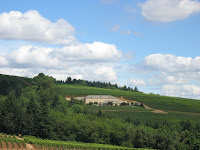 Provenance of the Claim
The email I received said the article was from "Harpers." So, I was thinking Harper's, you know, the magazine that's been around since the 1840's. No, in fact, it was in Harpers Wine & Spirit Trades Review, which appears to be an industry magazine published by a UK publishing company. The article was a summary of the press release put out by the folks at Wine Intelligence, a UK-based company "[c]reating value for wine businesses through strategic advice, branding and research."

The Gist of the "Research Results"
The Harpers article was pretty much a retelling of the press release, in which the following conclusions were asserted about US wine consumers:

The summary quote says that "It looks as if the trust levels built up over time by local wine merchants are transferring into the growing power of the Internet, while word-of-mouth recommendations are also migrating into the Facebook era. Clearly bloggers will have a role to play in this new world, but this research shows how important it is to build up trust levels among your audience."


And So What?
The tone of the press release, and the article, clearly imply that bloggers are not widely trusted, and at least one writer took it as an attack. Another responded by pointing out why in fact some bloggers should not be trusted. I happen to agree with him in some respects - there are some bloggers out there who don't really know what they're doing. That's pretty much true of everything.

I also think there is another way to look at this discussion. In a study, by a UK-based company that works and is likely funded primarily by larger wine interests, and likely to have used a very broad brush in the study (we've only got the press release, after all, it's ₤1,300 for the full report), they're saying that 1 in 5 drinkers trust a blogger for information on what to drink! 1 in 5! Of the group comprising all regular wine drinkers, you've got all those people who love white zinfandel and/or other things most wine connoisseurs would not touch, and all those people who don't use computers regularly, let alone read blogs. Yet 20% of the audience not only reads, but also trusts, at least one blog! And of course that number is growing, as everything moves online.

It's a Question of Trust
Just as the press release, as well as the other writers, point out, the fundamental issue is trust. People take recommendations from those they trust. There are good bloggers, and bad bloggers, just like there are good retail wine folks and bad ones. Most people aren't going to trust Joe Schmoe liquor clerk who just started working there part-time. But they should (and I do) trust our guy at the local wine store, Keith, who is one of the most knowledgeable, thoughtful guys we've ever known in the wine business.

Bloggers can build up trust - many have already done so. It takes time and effort, just like building up a reputation as a trustworthy retailer does. And those folks have had many more decades to do so than the blogging community.